Skip to content
Today I made two cards!
They are for the Less is More challenge. This week they have a sketch to keep in mind.

I used kraft cardstock as card base and some dry embossing for both cards.

The image of the first card is from CGull embossing folder. I dry embossed a watercolor paper, colored it with Inktense pencils and watercolor brush pens and added some glitter with wink of stella. The center of the flowers were heat embossed with gold embossing powder after I draw it with an embossing pen. I cut the image with craft knife and adhered it on the card base. I hope you can recognize the line of the sketch in my card design. Under the big flower is an extra layer added for some dimension. Because the big red flower reminded me poinsettia, I chose a sentiment for christmas. The sentiment from Technique Tuesday is stamped on a green cardstock and gold heat embossed. Some gold sequins gave the card the final touch. Actually I wanted to make this card vertical but the sentiment didn’t fit at the bottom, so I adhered the sentiment on the right side. But I think still the vertical look is better than horizontal, or not?

Here is the card . 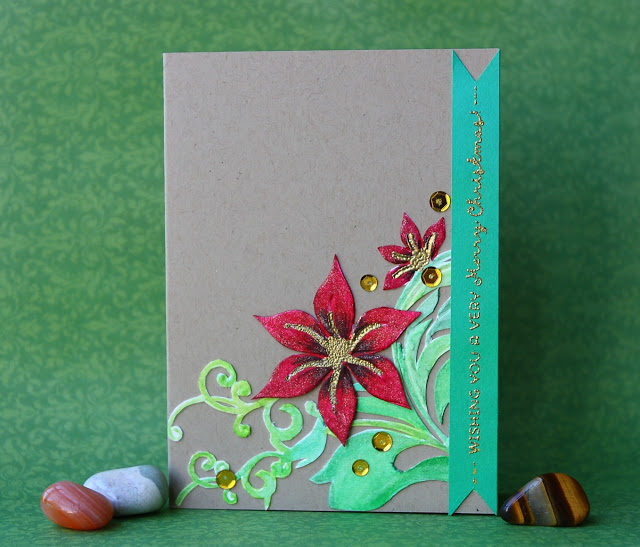 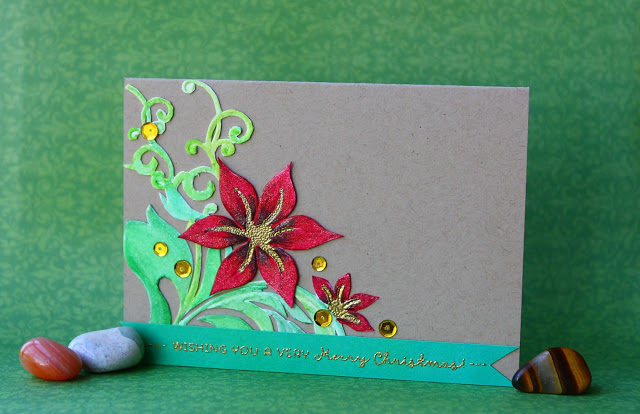 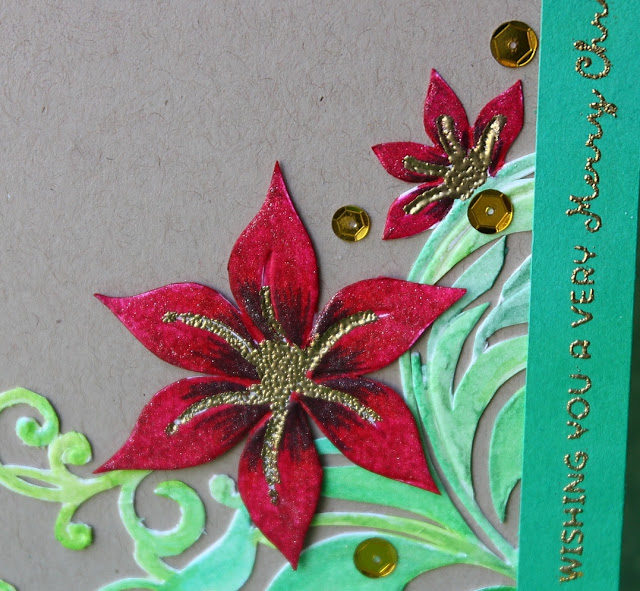 The second card is a birthday card. At first I dry embossed the lower part of the card base slightly tilted using cuttlebug embossing folder for borders. I then adhered a present from Cricut Store which I printed and cut with Cricut, with a foam tape. The sentiment is stamped on a soft pink cardstock with black pigment ink and clear heat embossed. I added a pink layer under the sentiment and adhered it along the edge of the embossed part. I added a litte flower sticker on the present and placed two enamel dots.

And this is the second card. 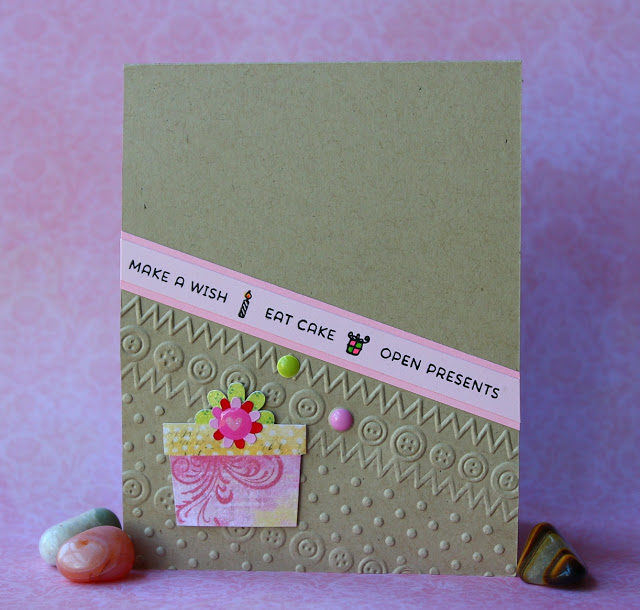 Maybe the first card is not CAS enough.
Nevertheless I want to try to enter both cards  into LIM.
Less is More challenge: Week 238 Sketch.

I am entering this cards also into SimonSaysStamp Wednesday challenge: Anything goes.

Thank you for stopping by!