Skip to content
Hello and happy Tuesday(or Wednesday :))!
Today I have three cards to share with you.
It’s been long since I played along at Less is More challenge last time. This week I’m trying to join in my favorite challenges again. The recipe at Less is More #313 (Balloons) gave me a chance to use this adorable stamp by Penny Black, which I purchased a while back but haven’t used yet. 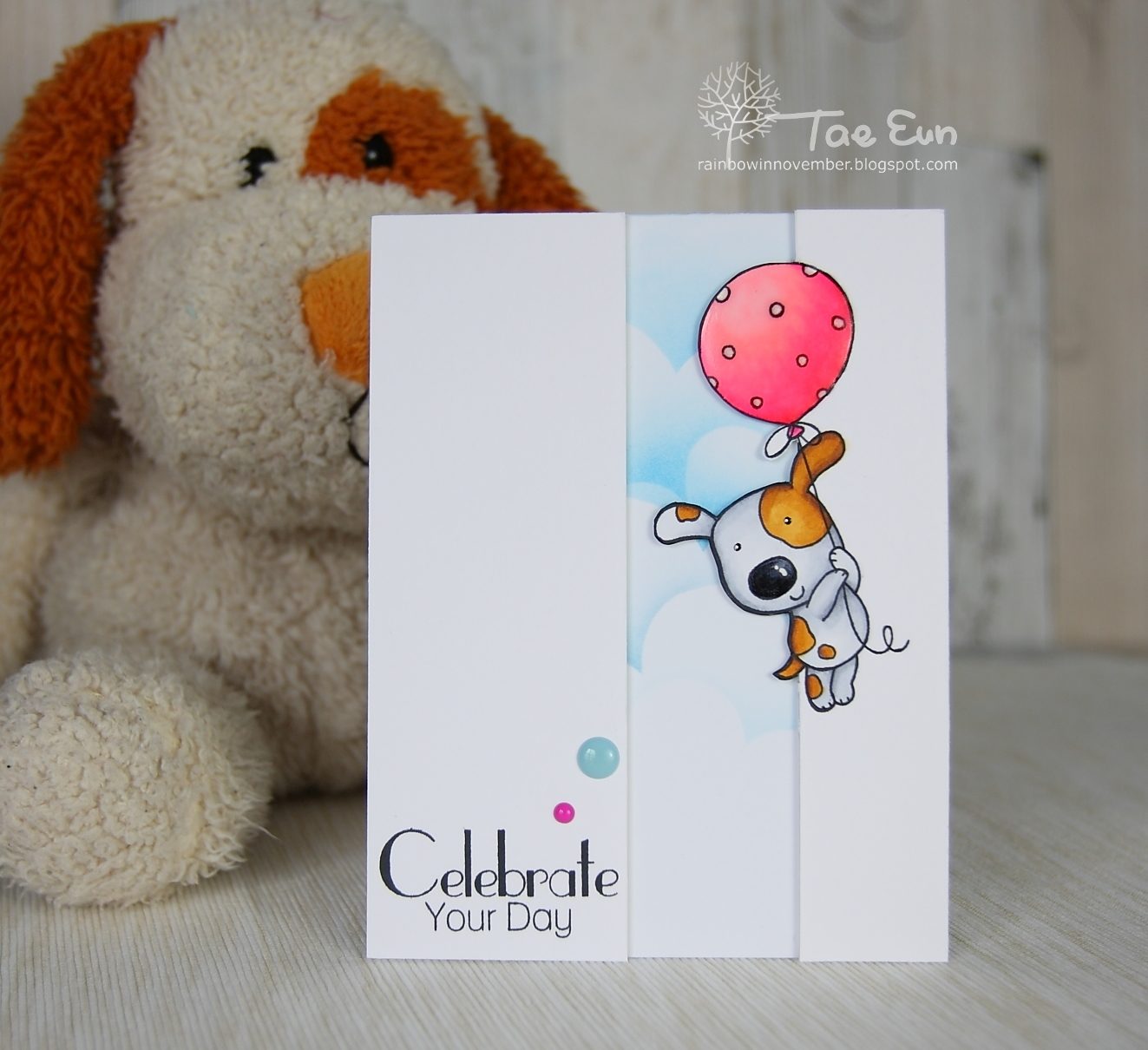 I stamped the doggy with a balloon in black Memento ink on a white card stock and colored it using Copic markers. The doggy was colored after the favorite fluffy doggy of my daughter. And pink is her favorite color :). The sentiment in black is from Clearly Besotted. I cut out the middle part of the panel to show the cloudy sky on the card base, which I made by blending some blue DIs on a cloud mask. For more shine I added Shimmer Pico on the balloon and the nose of the doggy. I finished off the card with two enamel dots.
Next two cards were made after watching some of video tutorials by Kelly Latevola. I love her colorful and bold style and the dimension she creates on her one layer card.
The stamp is Flower Cascade by Penny Black. 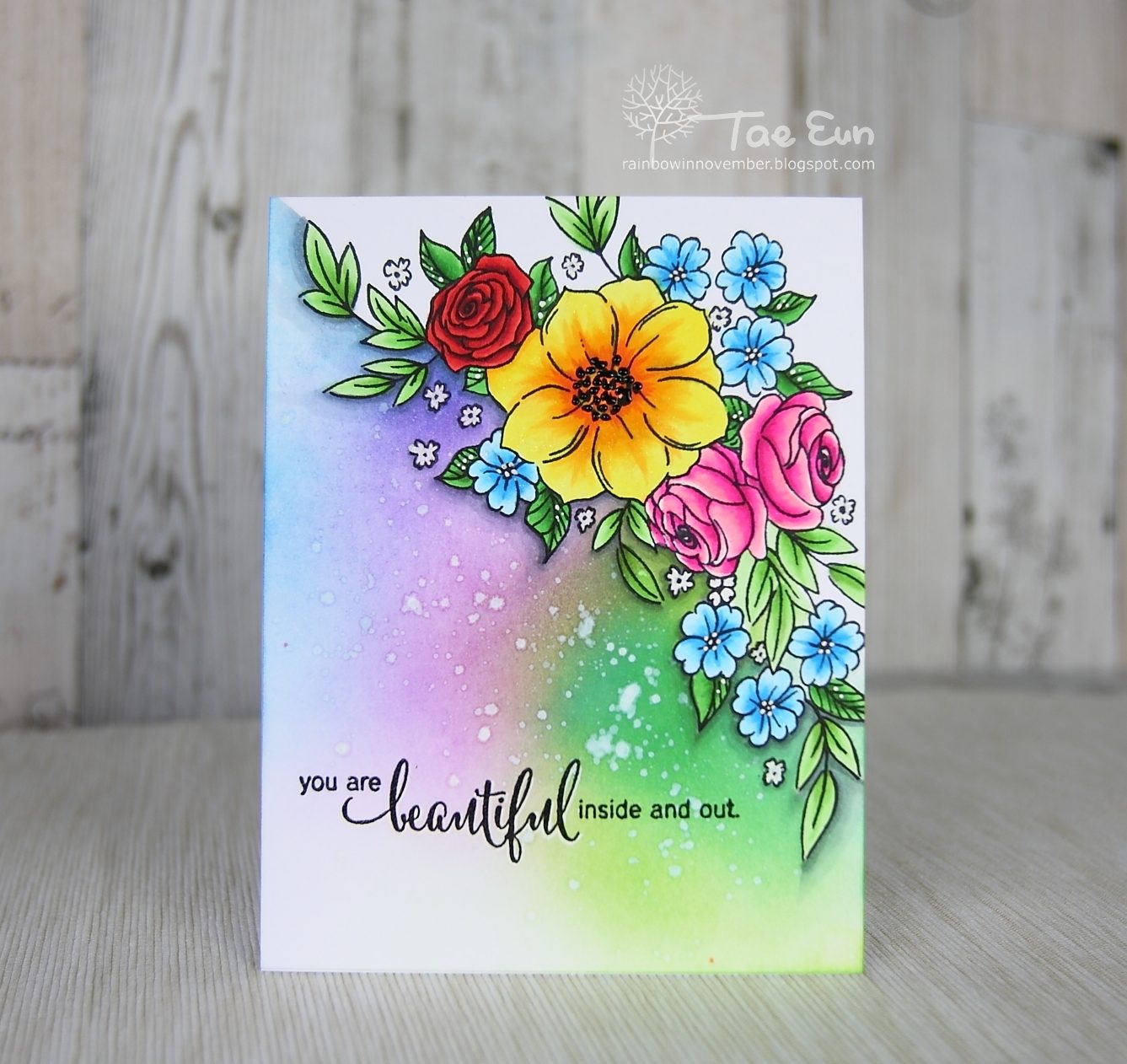 This card is a one layer card in Kelly’s style. I created the background after masking the image by blending DIs in rainbow colors and adding splatters of clear water and white ink. Coloring was done with Copic markers. I added gray shades along the outlines and some white accents here and there using a white gel pen. The sentiment from Penny Black was stamped in black pigment ink and clear heat embossed. I added white outline to it. The flowers got a coat of Wink of Stella. 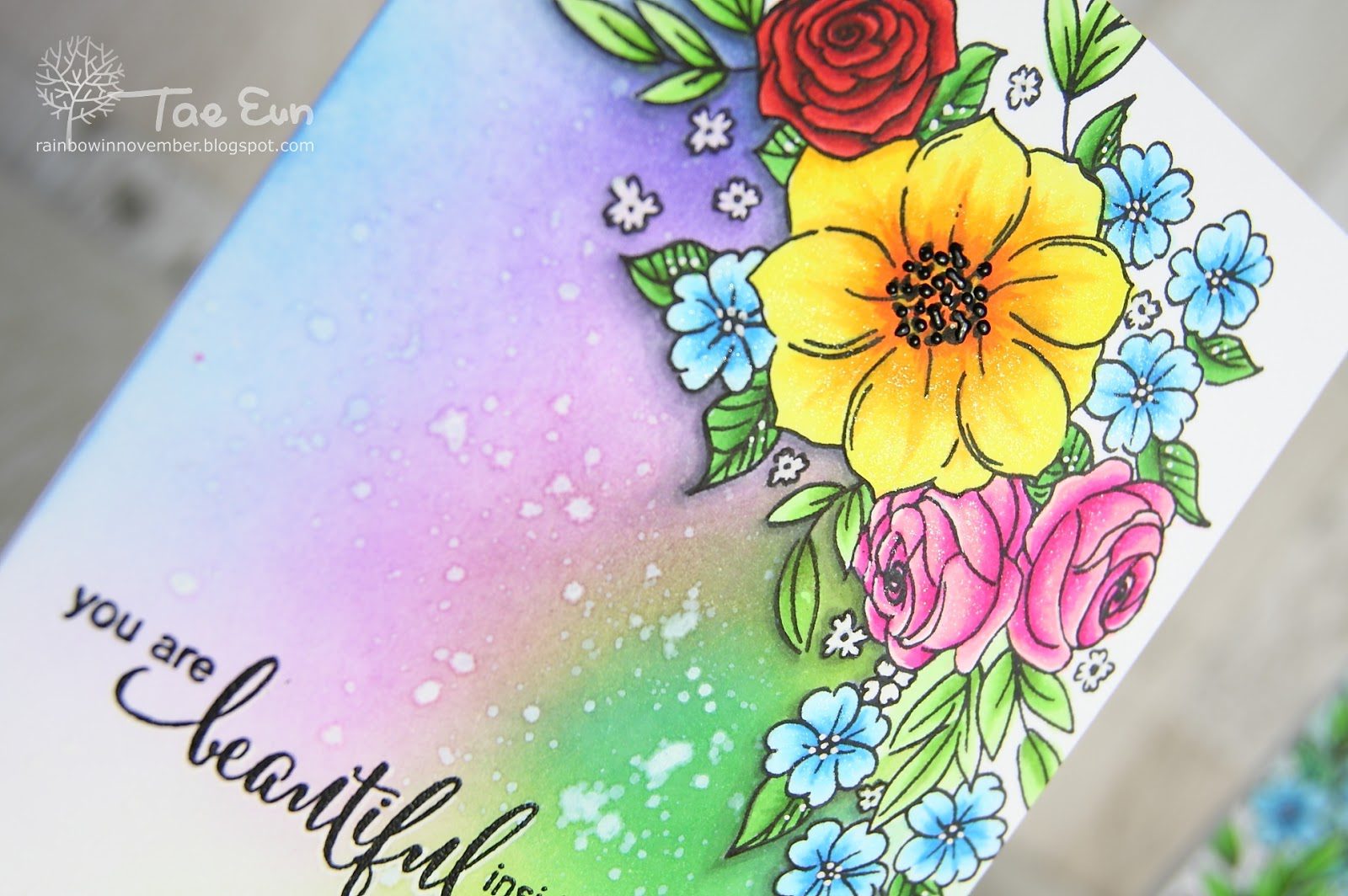 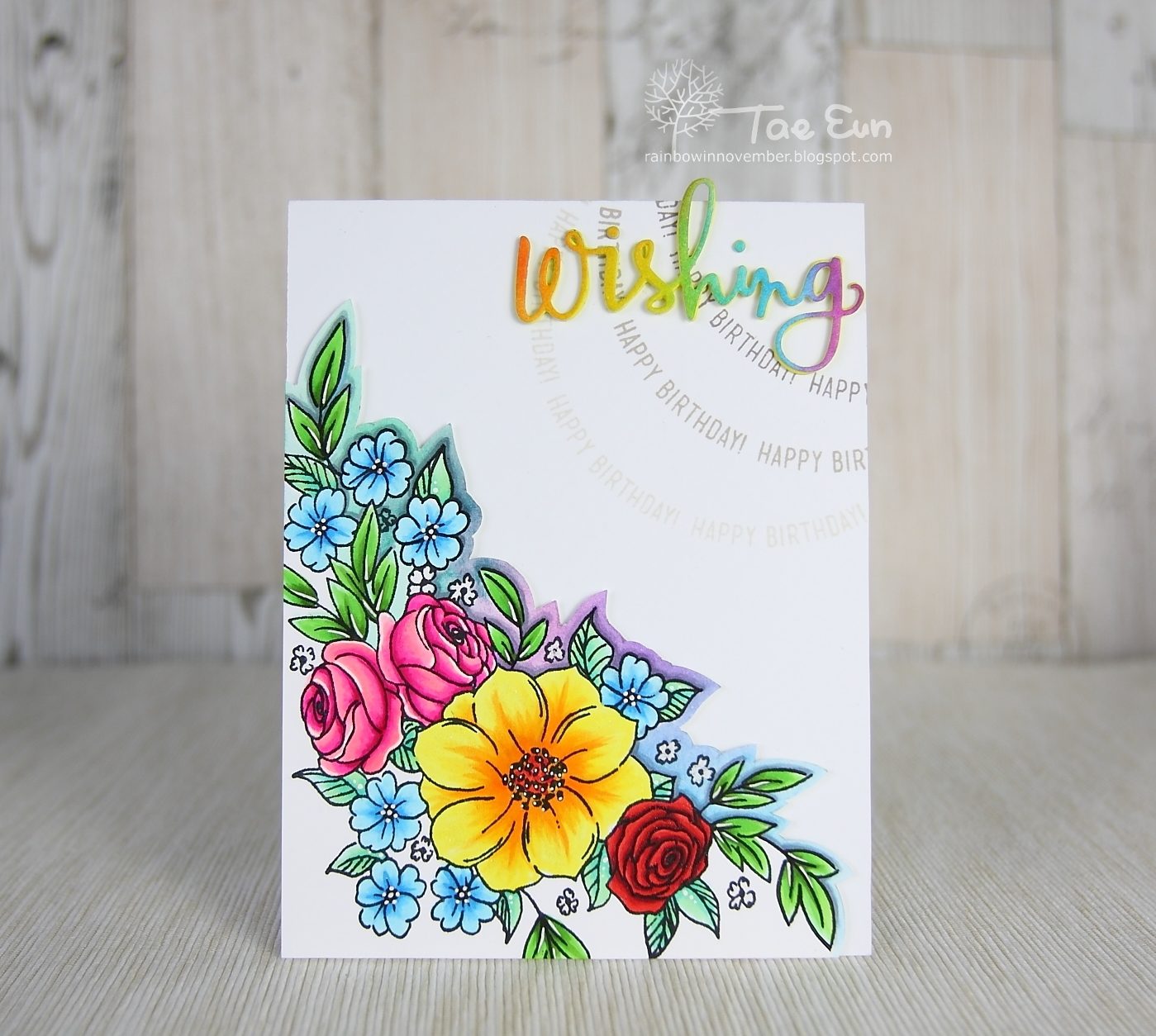 The flower cascade was done like the previous card. But for a CAS look I cut out the image and foam mounted it on a white card base. I then took a circle sentiment from SimonSaysStamp and stamped it three times in ombre gray shades. The die cut wishing is also from SSS. I cut it out from a piece of white cardstock on which I blended DIs in rainbow colors. I cut a same sentiment from a yellow fun foam to add it under my die cut sentiment for some dimension. 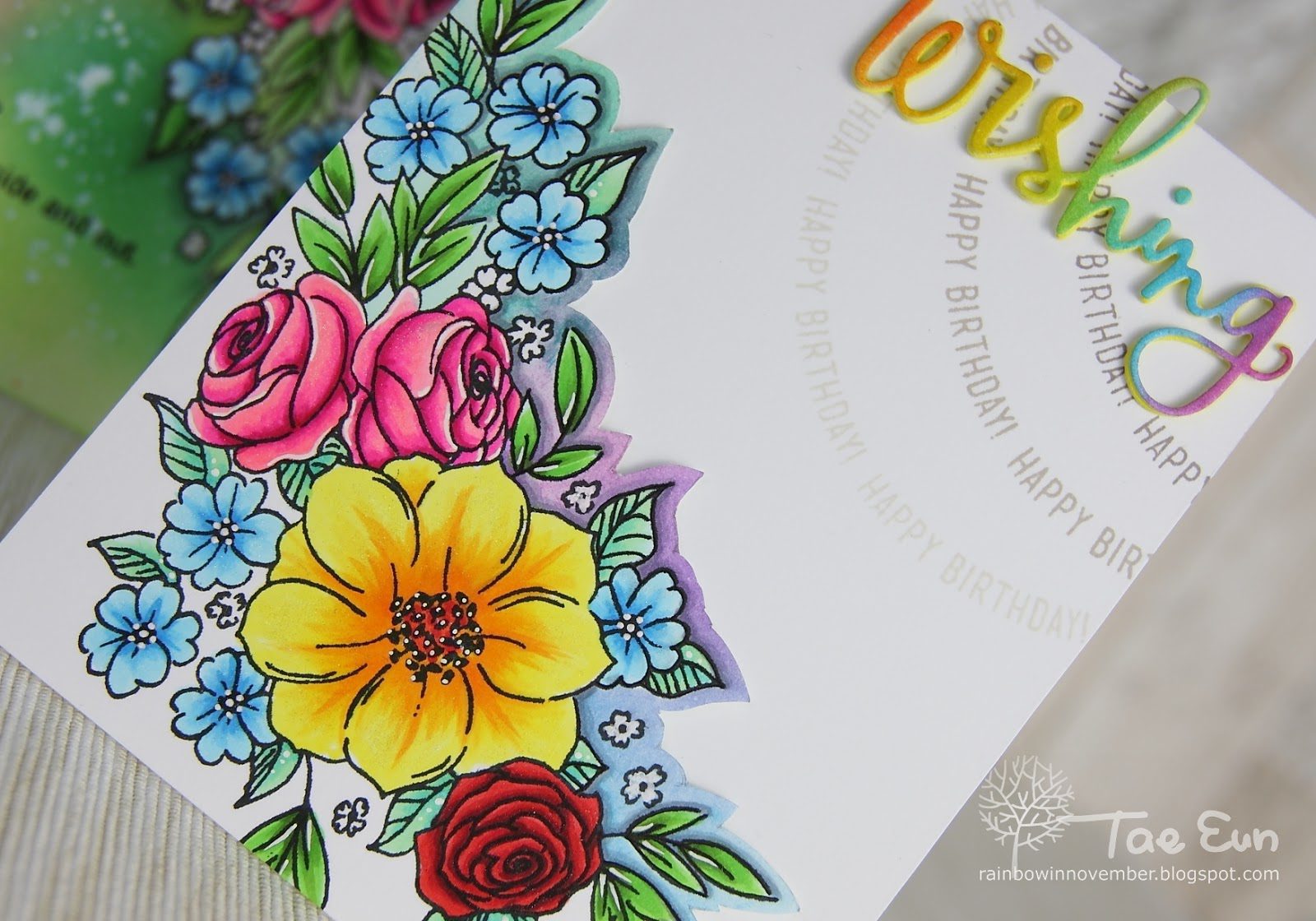 I’m happy with how they turned out. I want to say thank you to Kelly for her fabulous video tutorials!!! 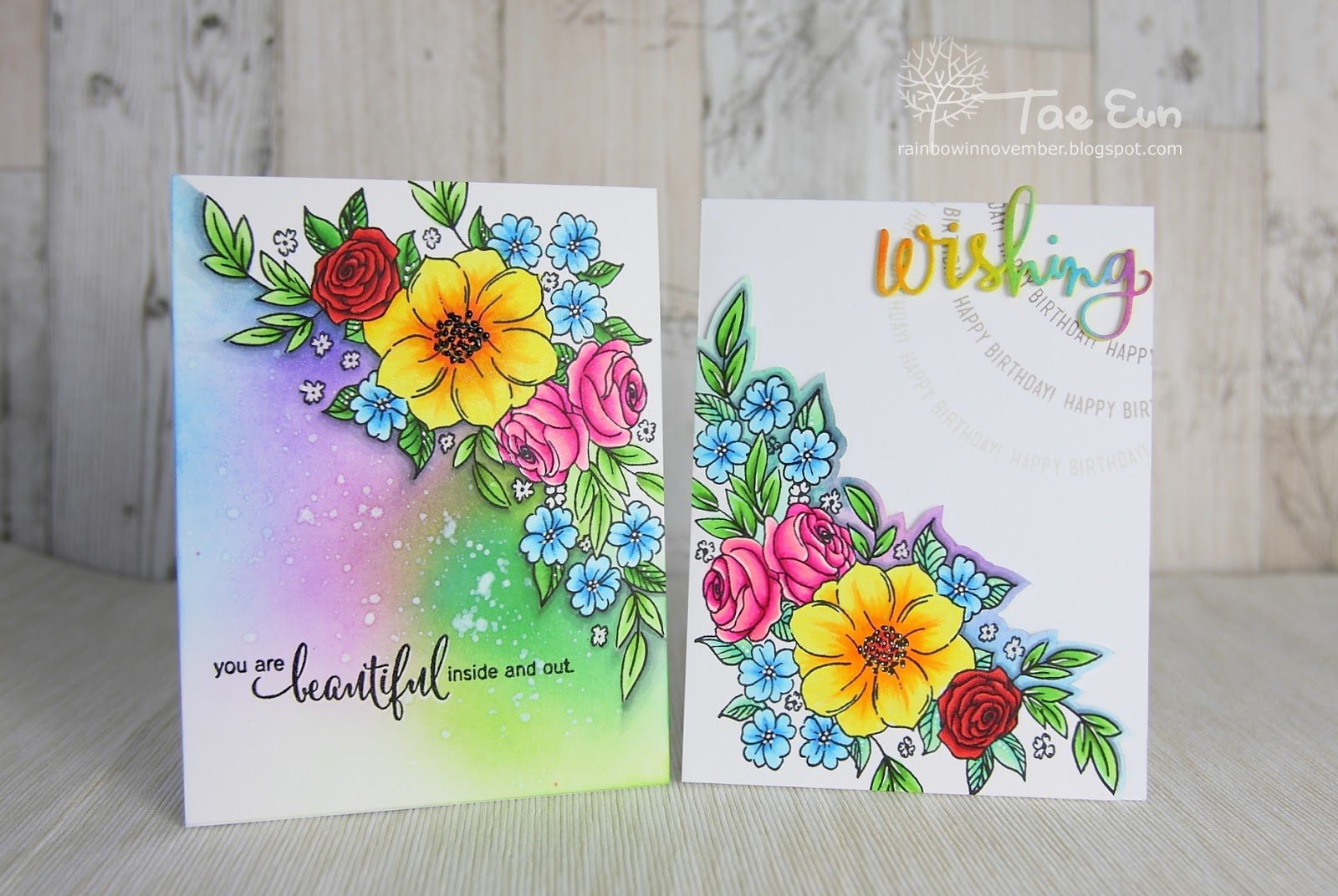 I want to enter my second card into Addicted to Stamps and More #227: Make Your Mark and the last one into SimonSaysStamp Wednesday Challenge: Anything Goes. 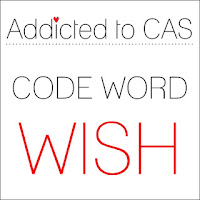 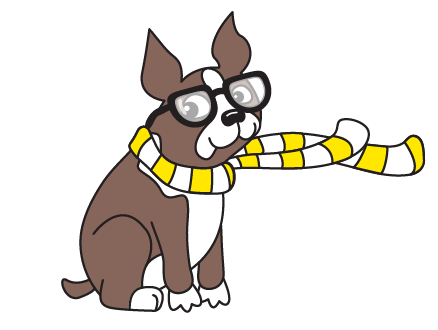 Thank you for stopping by!!!
Big Hugs,
TaeEun