Skip to content
Hello everyone!
It’s time for a new challenge at Seize the Birthday! The Toppings option for next fortnight is
PATTERNED PAPER

What a good chance to use up some of the papers in your stash which are waiting for being used!
I used a patterned paper pack. The papers are color coordinated. So it was easy to make two cards using them. 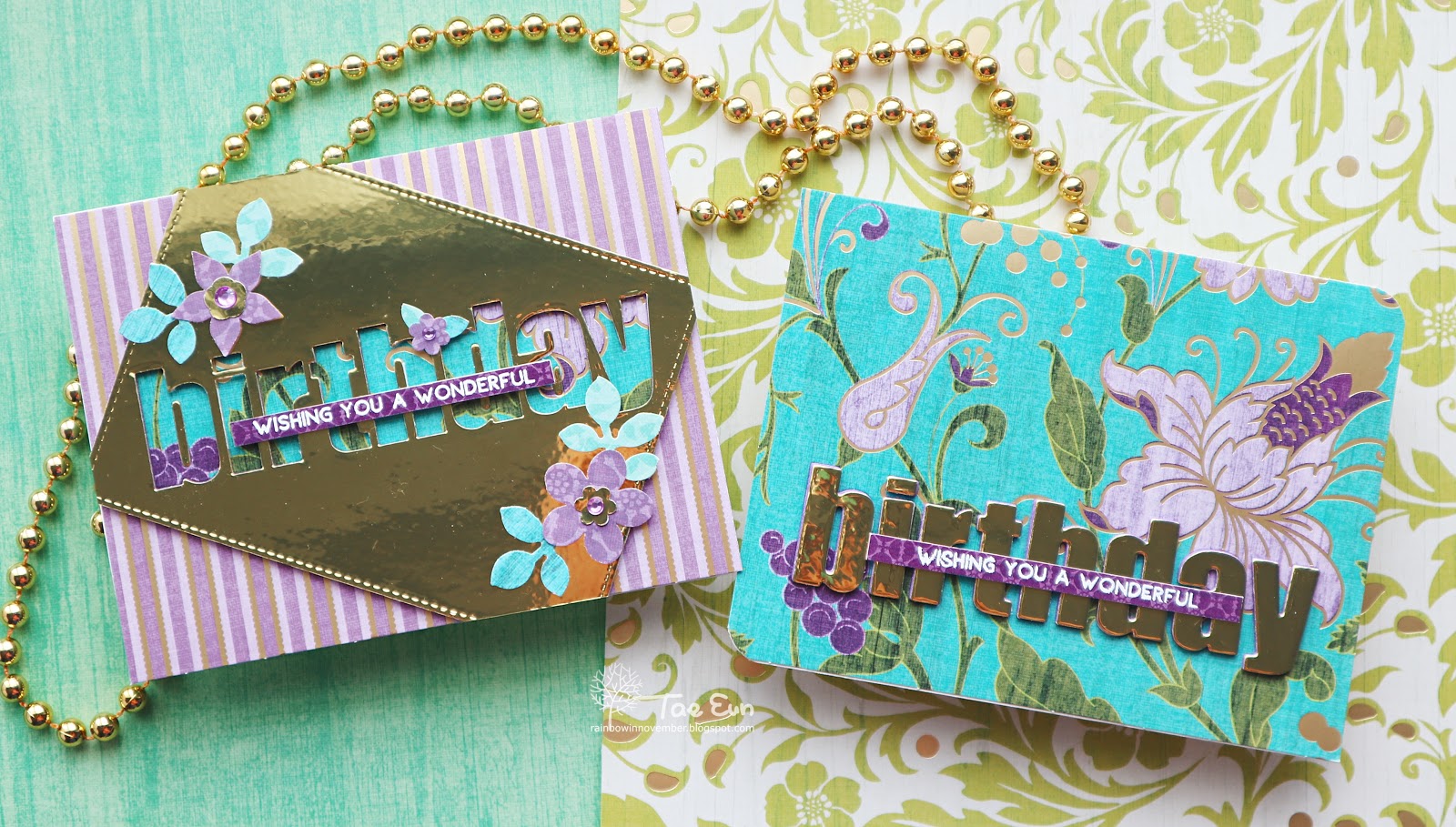 I started die cutting birthday sentiment using Bold General Greeting Word Plate die from a patterned paper panel, from some purple fun foam and from a cardstock on which I adhered Gold Foil adhesive paper. 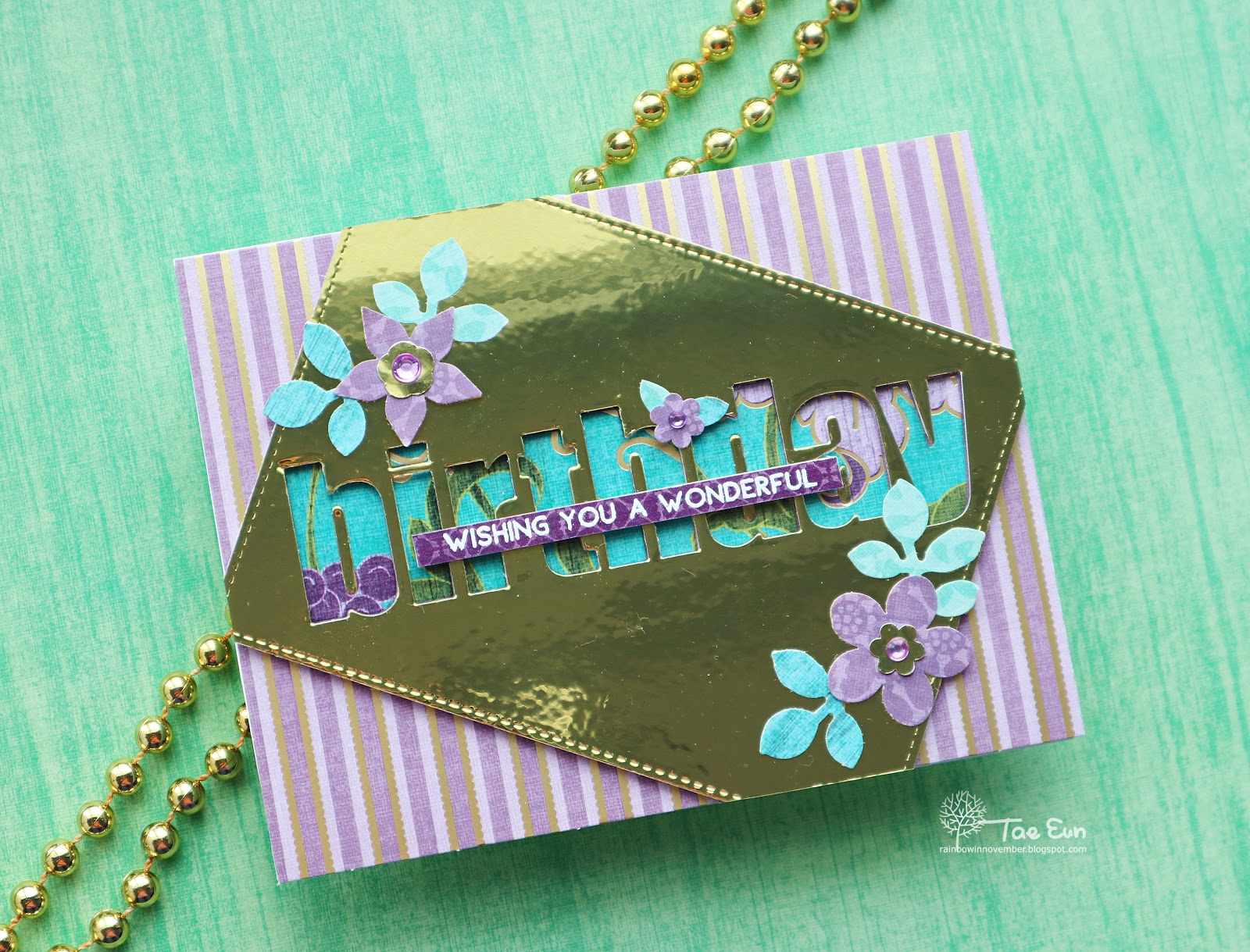 To make the first card I mounted a striped panel flat on a cardbase, adhered die cut sentiment on it aligning with the help of gold negative die cut panel. I foam mounted the gold negative panel, which was cut with a Double Stitched Rectangle die, on it and snipped off the overhanging corners. 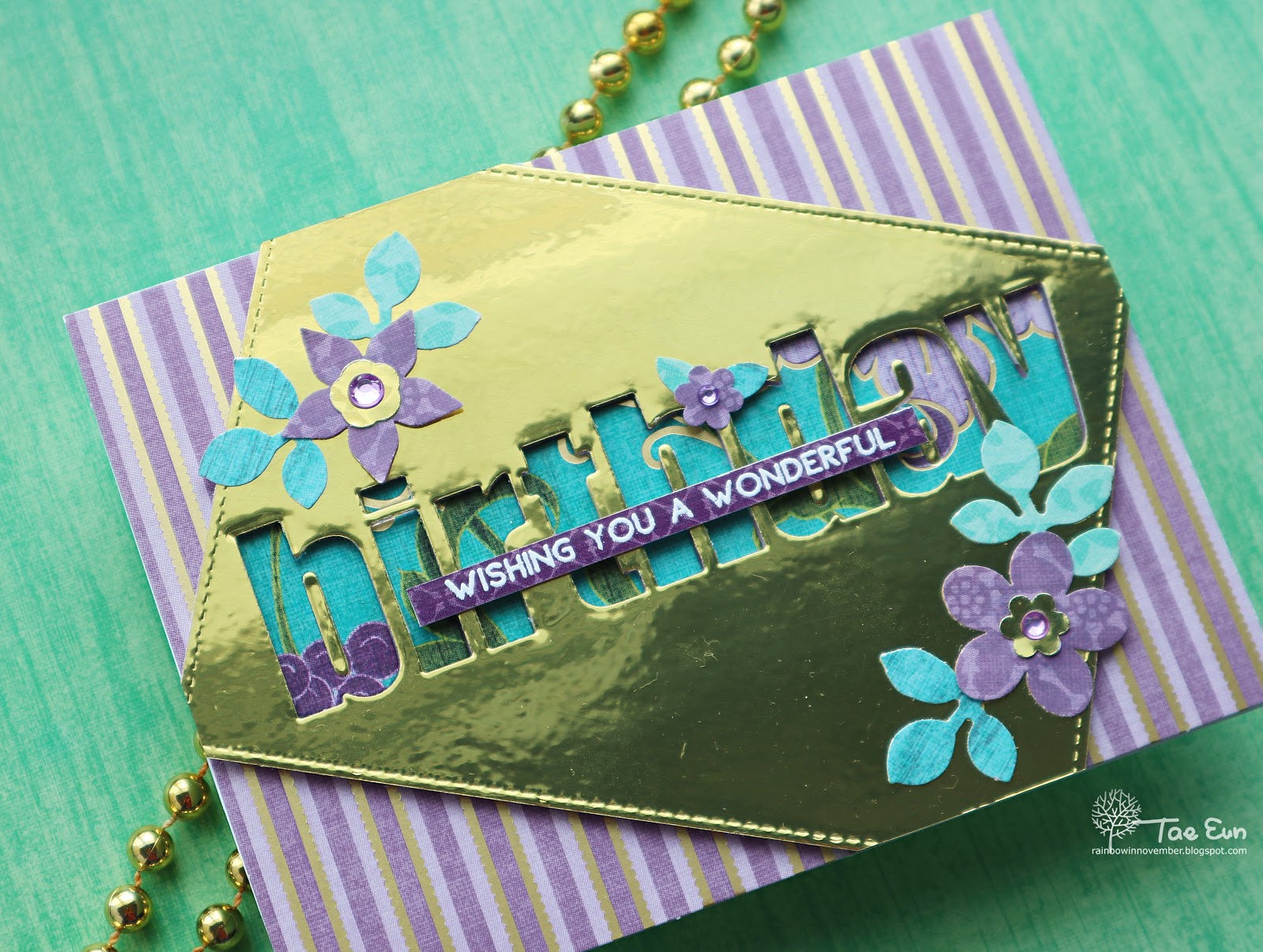 The sentiment is from Toned Squares set from The Ton. I heat embossed it in white on a strip of patterned paper and added onto the card. The small flowers and leaves were punched and glued on the golden panel. I finished off the card by adding some purple rhinestones on the flowers. 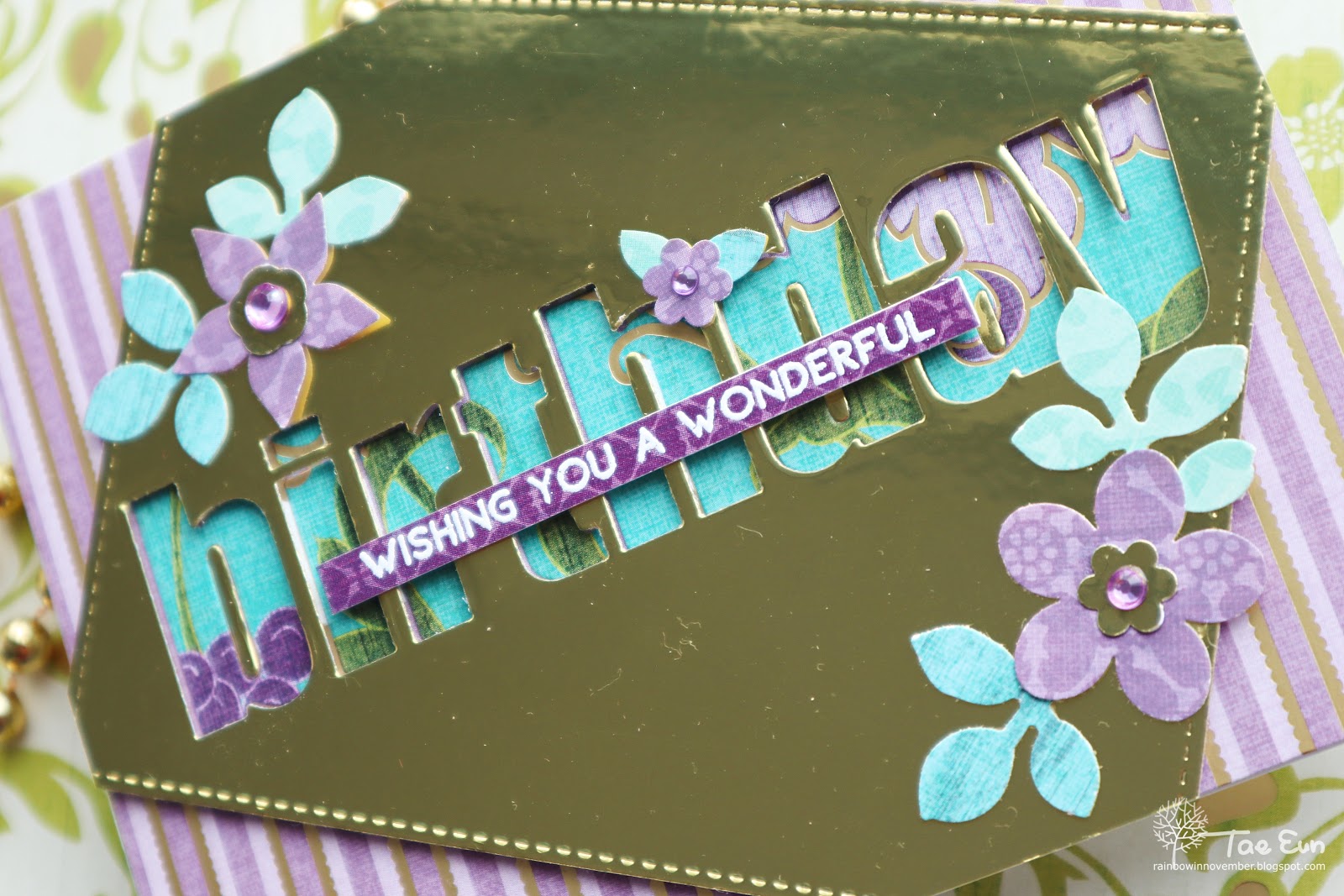 The negative die cut panel of the birthday sentiment on the first card was used for the second card. The second card came together very quickly. 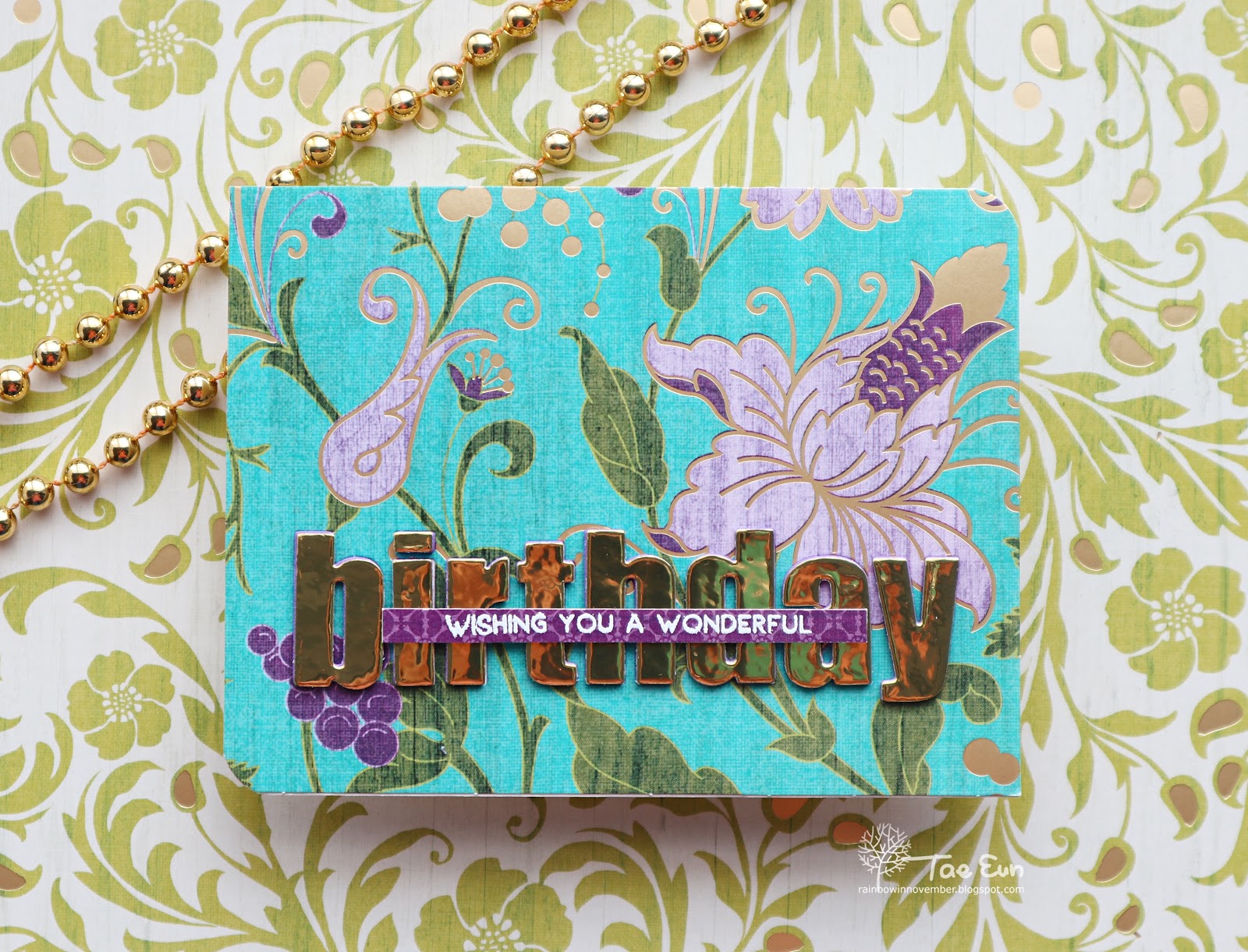 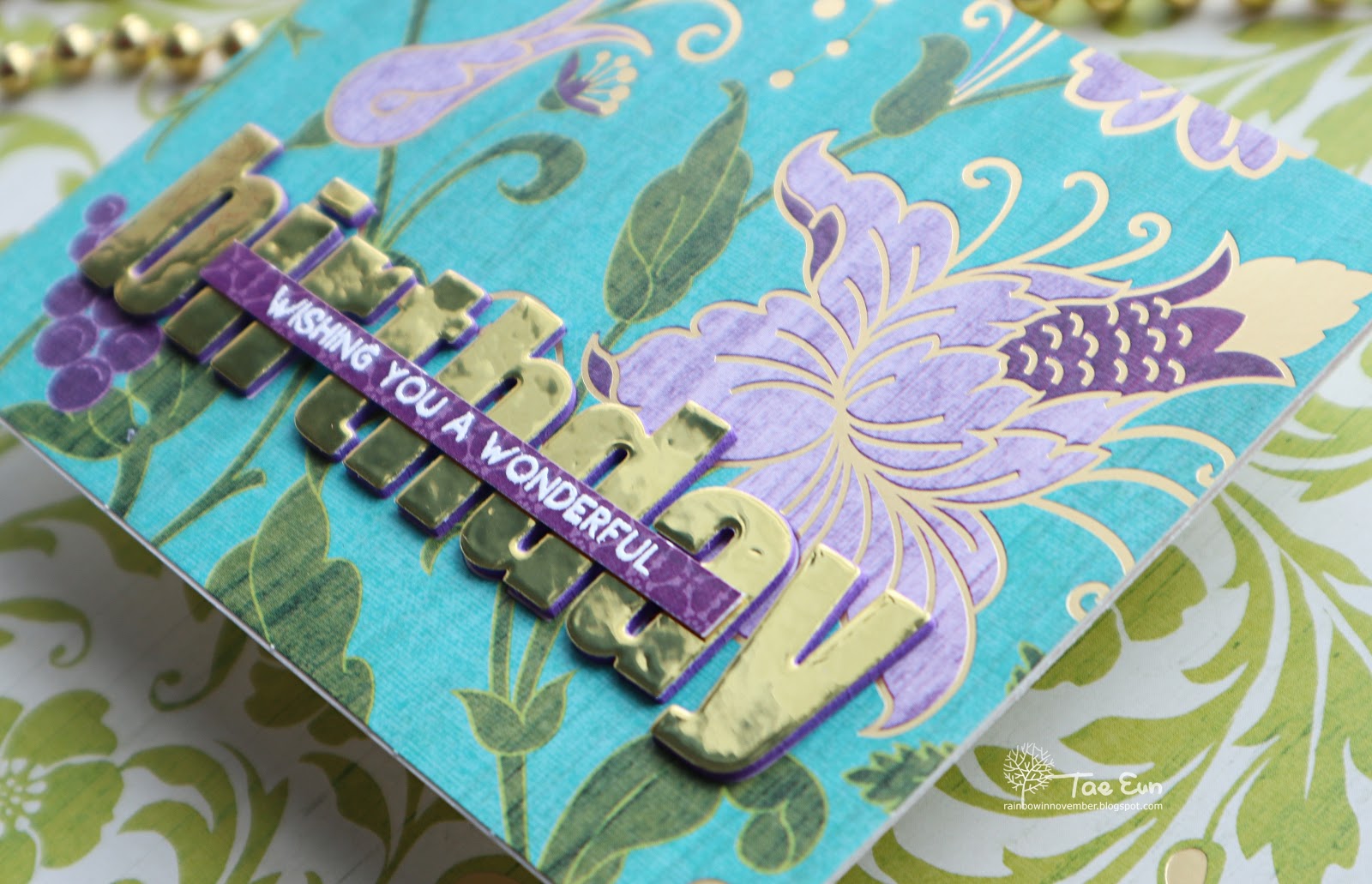 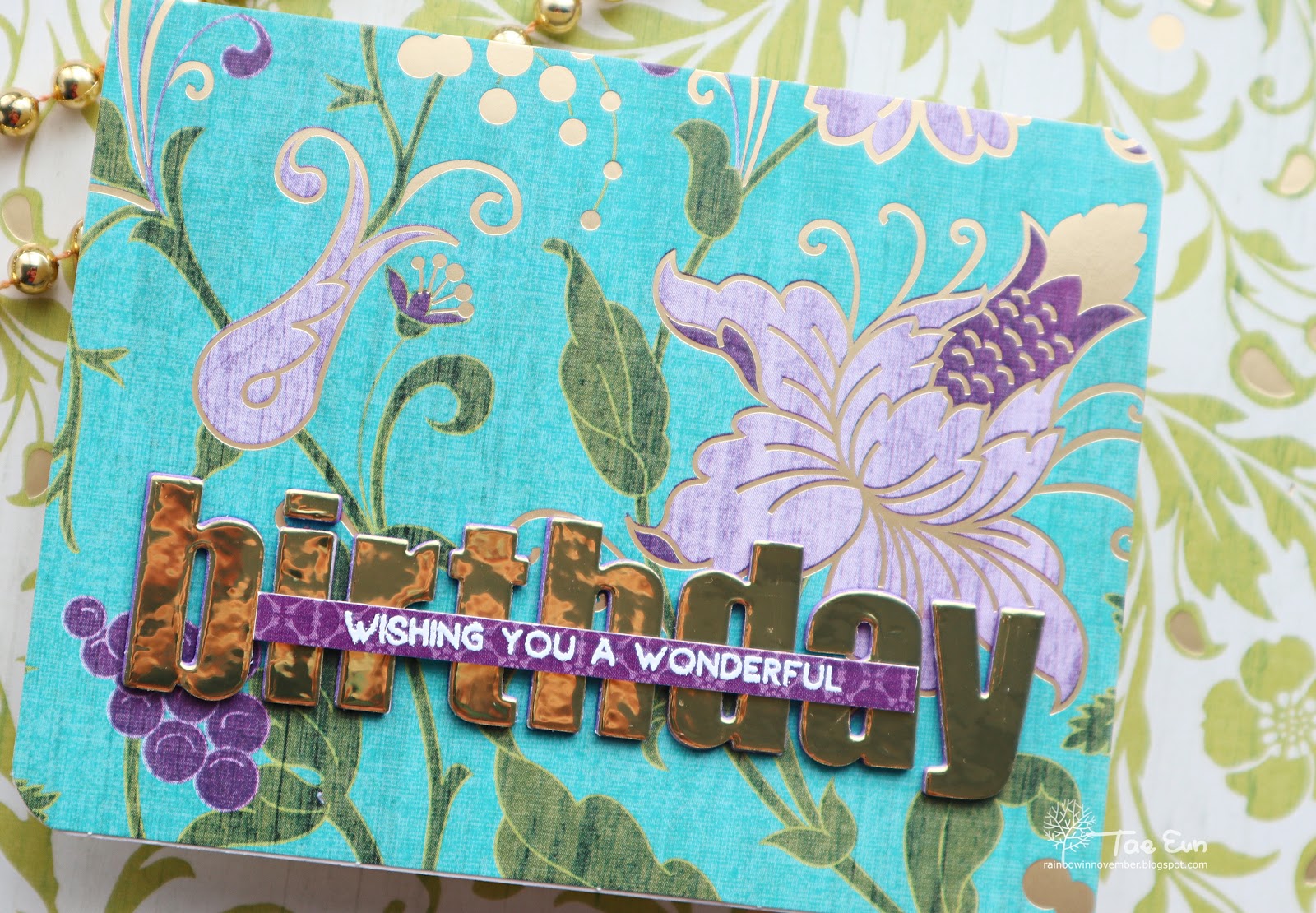 It was fun to make some quick cards using pretty patterned papers and die cut sentiment!!!
Hope you will join us and play along!

Don’t forget to stop by Seize the Birthday blog for more inspiration from my talented team mates and our Surprise Party Guest Sonja!

Thank you so much for looking!!!
Hugs,
TaeEun